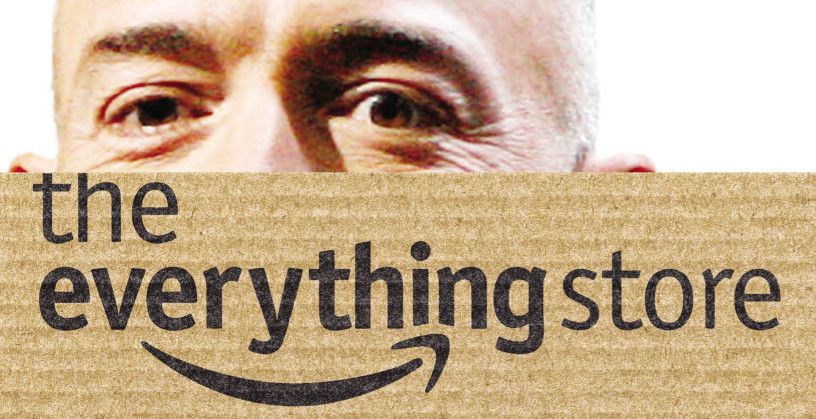 Did you know that when Amazon.com launched, it was the underdog book seller, competing with Borders, Barnes & Nobles and other big box bookstores? To date, Borders has died, Barnes & Noble has been battered, but survived, and Amazon has thrived. Why?

Take-away #1: Obsessively Think About the Customer and How to Provide Value

About the only thing today’s Amazon has in common with the Amazon of the mid-nineties is their commitment to creating value for the customer.

In fact, as of 2012, Amazon stated, “Our vision is to be earth’s most customer centric company; to build a place where people come to find and discover anything they might want to buy online.”

Delighting the customer is a value that has been central to the core of Amazon since the beginning. If you were to ask Jeff Bezos about his vision for Amazon in the mid to late nineties, he would have referenced Wal-mart (with customer obsessed founder, Sam Walton) as the company to beat. He didn’t perceive himself to be getting into the book selling business; he thought of Amazon as an e-commerce company that started by selling books. As time went on, he had his eye much more on Wal-mart than Barnes & Noble and even poached quite a few Wal-mart executives to work at Amazon.

Take-away #2: Experiment with Ways to Constantly Refine the Customer Experience

The commitment to creating value can come with some risks. Though it’s now hard to imagine customer reviews, a return policy, and a subscription service as big risks, they definitely were when Amazon first introduced them.

In the mid to late 1990s, when Amazon was competing with local stores for online book sales, Amazon founder Jeff Bezos felt that customer reviews of the books were critical. He hired actual writers to create personable and approachable editorial reviews of the books to engage the prospective customer, trying to recreate that feeling of being in the bookstore, flipping through pages. From there, Amazon created user generated book reviews, which some Amazon employees weren’t sure were a good idea. A bad review might make people not want to buy it, but Bezos felt like the authenticity was worth the risk. And it paid off. Reviews are now a big part of the Amazon experience, even though at the time, an angry book publishing executive called Bezos shouting, “We’re trying to sell books here!” Bezos saw it differently, “We don’t make money when we sell things. We make money when we help customers make purchase decisions.”

Even though they didn’t have any processes or people in place to hand returns, this was critical to making people feel comfortable making purchases online. At the time, very few people were making online purchases. (Now, 79% of U.S. consumers shop online, up from 22% in 2000).

The $99 subscription fee which includes free shipping is actually not directly a money maker. However, customers with Prime memberships purchase $1300 per year on Amazon as opposed to the $700 per year for non Prime members.  In that sense, the Prime memberships pay dividends because it encourages frequent purchases and breaks down the barrier of buying online.

This feature was patented in 1999 and is worth billions of dollars of revenue every year because it removes the friction of the checkout process completely.

Take-away #3: Plan for the Long-term (i.e. Invent the Future)

Tech companies aren’t often known for their longevity. Amazon survived the dot com boom and has become the company it is today due to the tenacity and customer-focused single mindedness of its founder.

Bezos likes to quote Alan Kay with the statement, “It’s easier to invent the future than to predict it.” He had a vision and conviction for the Internet’s potential to deliver a convenient shopping experience, even predicting the company’s eventual ability to personalize a version of the website for each shopper based on his or her previous purchases.

In September of 2018, Amazon hit a $1 trillion valuation, proving that a customer-first mentality pays.

5 thoughts on “The Everything Store: Jeff Bezos and the Age of Amazon (Key Take-aways)”