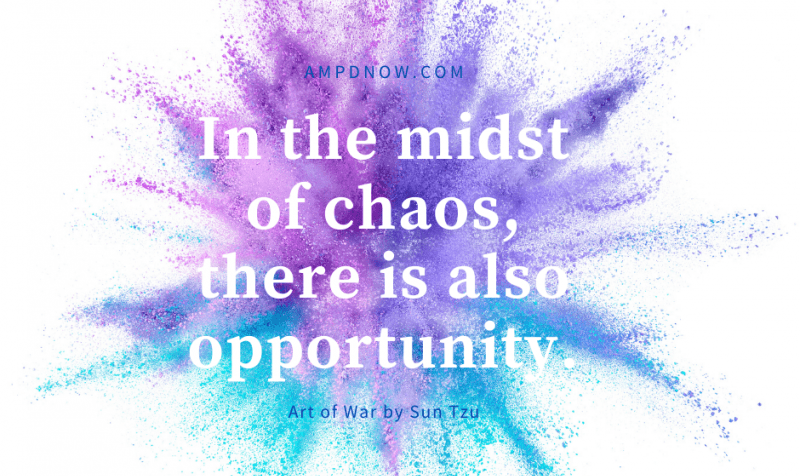 I read Sun Tzu’s Art of War several years ago. Have you heard of it? The book is a military treatise written around 5th century BC and reads like a Proverbs of war strategy, with sections entitled, Initial Estimations, Planning Offensives, Incendiary Attacks, and Employing Spies. I felt pretty badass reading it, to be honest.

When I read that book, in no way had I imagined that I’d be using it in an illustration as I am now. Who would have thought even a few weeks ago that we’d be suspended in peril right now, waiting for a global pandemic to peak and run its course, with our businesses crumbling down around our feet? I mean, this is what it feels like, right?

Two things have helped me during this time. First, I have a wallow rule that I’ve used for years. If something is terrible, I give myself permission to wallow in it and really feel the feelings for a period of time. My natural tendency is to actually push the feelings away and deal with them later (which is usually never), so this is a good exercise for me. I used to give myself 24 hours per wallow, but as life became more complex, I gave myself longer windows of time. A college breakup for instance, warranted a 24 hour wallow. A miscarriage years down the road was a 72 hour wallow that I expanded to 5 days. My business recently screeching to a halt? That was also probably a 5 day wallow.

So, I’ve wallowed. I’ve fully felt the feelings. Now it’s time to get back to it. It’s this quote from Art of War that is ringing in my ears during this time, “In the midst of chaos, there is also opportunity.” If every creative person who’d ever lived just gave up in despair in a time of crisis, our world would be lacking a great deal. Supposedly, Shakespeare wrote King Lear while in quarantine for the plague and it is often noted that Bill Gates started Microsoft in a recession. Disney was launched in the middle of the Great Depression and Apple developed the iPod shortly after the dot com boom left the rest of the tech industry in shambles. Something was recognized as an opportunity in the midst of the chaos in each one of those circumstances.

In the midst of chaos, there is also opportunity.

Art of War by Sun Tzu

The second thing that has helped me during this time is “caging the monkey mind.” This is a term I heard from Tim Ferriss years ago and it has stayed with me. Here’s what he does (and I’m paraphrasing): when sitting down to work on a creative project, first he’ll write down all the things rattling around in his brain. This can be to do lists, anxiety he has on something else he’s working through, feelings about the state of a personal relationship, etc. I use this technique often. Sometimes I find when writing an article, especially if it’s personal in nature, I have to process the full range of emotions around it, which can balloon to a 3,500 or 4,000 word article. Once I have the things processed, I cut all the parts that aren’t relevant to the matter at hand, getting my article down to the 2,000 words it needs to be.

If I could just get straight to the 2,000 words I would. But I have to process the rest of it to be able to make it succinct. I have to cage the monkey to be able to do anything productive.

Whatever is rattling around in your mind- write it down. Get it out. Then get started on what you need to do for your business. What opportunities are you seeing right now?

What opportunities do you see? What are the things that have been on the back burner that you’ve just never gotten around to? 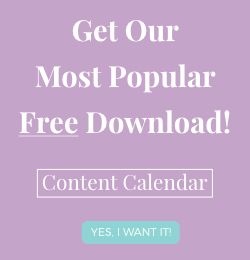